This cat have a strange obsession with boiled eggs, and does some pretty funny stuff when the cameras on.

What is the story behind adopting Luna?

It’s actually quite a crazy story!
My boyfriend and I chose to adopt Luna last Summer because we were both recent university graduates and had just returned from a long trip backpacking around Europe.
We decided it was time for a new adventure!

So all in one day we found an apartment, confirmed our new lease and met Luna for the first time.

It worked out really well because her breeder lived on the way to our friend’s cottage which is where we were headed for the weekend.

So really, adopting Luna was a risk because we hadn’t started our jobs yet and we were only going to move into our new place a week before we brought her home.
But as soon as we met her, we just knew.

And for quite a bit, Luna was supposed to be Cosmo since the breeder thought she was a boy!

In actual fact we were looking for a girl Ragdoll but even Luna as a boy was worth adopting. It was just fate that she ended up being our little princess.
It may have been a risk but it all worked out in the end and I’d say we’re a happy little family now.

Why did you decide to open up a social media account for her?

But I didn’t make Luna’s Instagram until about a month ago when she was already seven-months-old.

I started it in all honesty because an artist online (@venyuuuu) sent me an amazing digital photo of Luna that they had created because they saw her photo on a Reddit forum.

As soon as I saw it something just clicked in my brain and I was like “that’s it, Luna needs an Instagram!”

I already had so many photos of her and I was sure that my friends on Facebook were getting quite annoyed at all my spamming.
So that was that and now we’re getting close to our one month anniversary as @lunathelynxragdoll 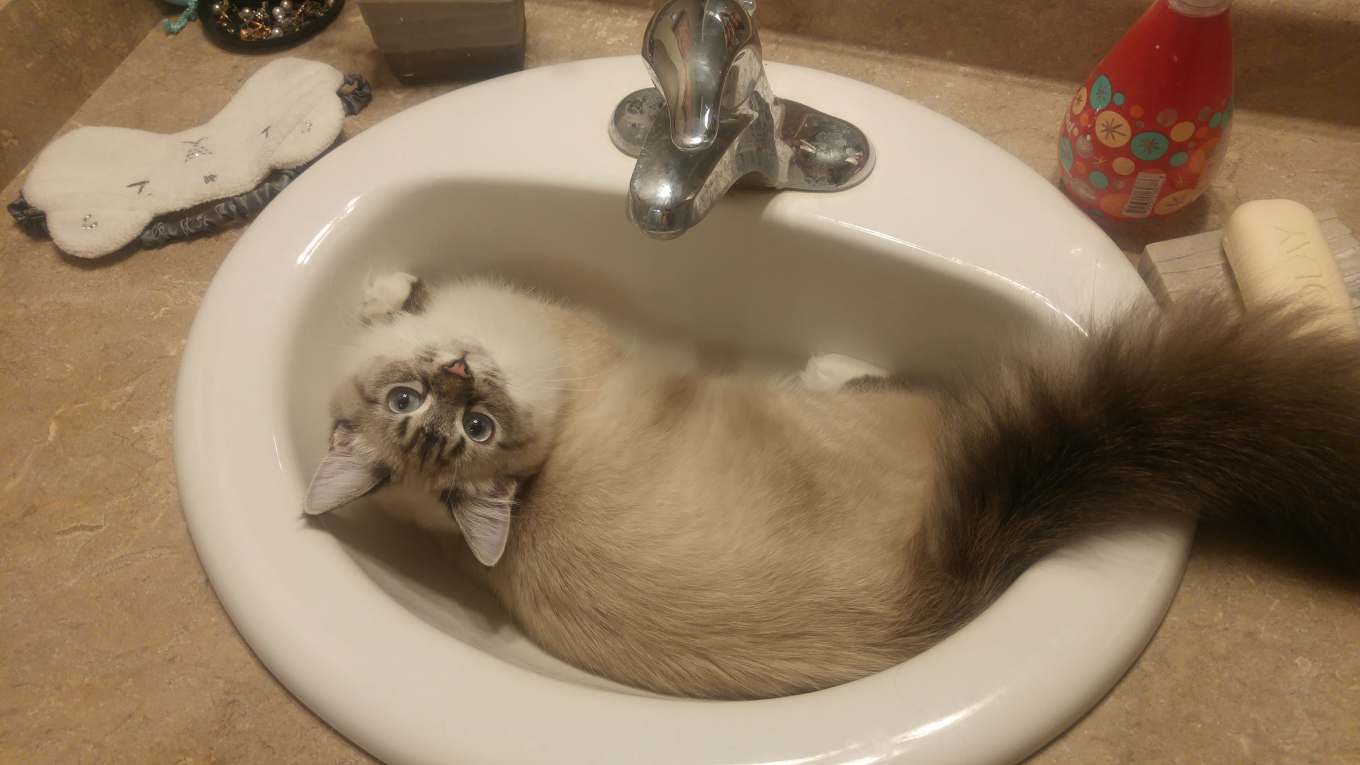 It’s been amazing!
I never knew how wonderful it would be to run a pet social media account.
It is actually really good for self-care because instead of spending time on my personal  account looking at the highlight reels of people I barely know anymore, I now spend my time talking to and looking at adorable animals.
So it’s great!
I also feel like it’s encouraged me to spend even more time with Luna.

I always make sure to play with her after our photo shoots and to give her treats so she doesn’t feel like she’s being used as just a social media prop.

So she’s getting so many treats these days!
Maybe one day she’ll get to meet some of her fur-friends in real life, which would be great.

How do you ensure that her account stands out?

I think there are a lot of gorgeous Ragdolls (and just pets in general) out there, with owners just like me who put in lots of effort to make their account amazing.
For me it’s not about making Luna stand out but about engaging and becoming one with the pet community!

What is something special about Luna?

She loves hard-boiled egg yolk! Like seriously loves it.
She could be calmly sleeping in one room but as soon as she hears me cracking open an egg she’ll come running at the speed of light to eat some as a snack. It’s pretty cute.

What does being a pet owner mean to you?

Giving an animal the love they deserve.
We may not be able to adopt and love every animal on Earth that needs our help,  but everyone can start somewhere and make an impact.