Meet Ena and her dog Bouba.

Why did you choose to adopt Bouba?

I do a lot of volunteer work for the SPCA (The B.C Society for the Prevention of Cruelty to Animals, Canada) and I use our home as a foster home for dogs and cats that need special attention.

A lady that works for the shelter called me asking if I was interested in adopting a Mastiff and Pitbull mix.

His mum, Bella, was brought into the SPCA pregnant with nine babies and she was suffering from an intense amount of trauma.

I visited the baby dogs and Bella in their foster home four times and even had to bring my dad to one of my visits, to convince him to let me adopt a dog.

I fell in love with Bouba, the only grey dog there and the biggest one of them all.

And I wanted my dad to love him too, which he eventually did.

Bouba was one of the calm ones, the shy little puppy looking at the wall instead of playing with his brothers and sisters.

His calm and relaxed personality was one of the reasons we initially loved him so much.

Why did you choose that name?

Bouba is an uncommon name.

My other dog is called Max and that’s a pretty basic name for a dog.

Since my dad was the one that needed a lot of convincing, I told him he could choose the name, but it had to be original.

So, he was thinking of Bubba, like in Forest Gump. But I wasn’t really a fan of that pronunciation, so we decided on Bouba instead because it’s simple, yet different.

It’s also a great name because we’ve given him so many nicknames with it such as  Boobs, Boobies and Booboo!

What does Bouba mean to you?

That dog is my child.

I swear I’ve never had that much responsibility in my life and I try to bring him everywhere with me, even to work.

He is my big baby and he acts like it.

He sleeps with me and he follows me around everywhere. He has so much love to give and my whole family adores him.

What do you love most about being a pet owner?

I love everything, except picking up his poop and paying the veterinary bill that is pretty expensive.

But that comes with being a pet owner.

I love to walk him and take him to new places like a different park or a new pet store.

And since my dog is part Pitbull, I had to sign him up to mandatory training lessons which I highly recommend for every dog owner. Especially if you’ve adopted your first pup.

If you could ask Bouba any question what would it be and why?

I would probably ask him if he enjoys sleeping all day and eating all kinds of treats (except chicken because he’s allergic).

I would also ask him on a more serious note if he ever gets tired of people judging his breed because he’s considered to be a “dangerous” dog, even though he is the complete opposite.

Sometimes he wants to play with dogs at the dog park and some pet owners get scared and they change paths or walk away with their dog.

I understand if it’s a chihuahua and they see my 130-pound dog running towards them to play, but a lot of the time there’s no reason for them to be scared.

Sometimes I wonder if Bouba feels it too. 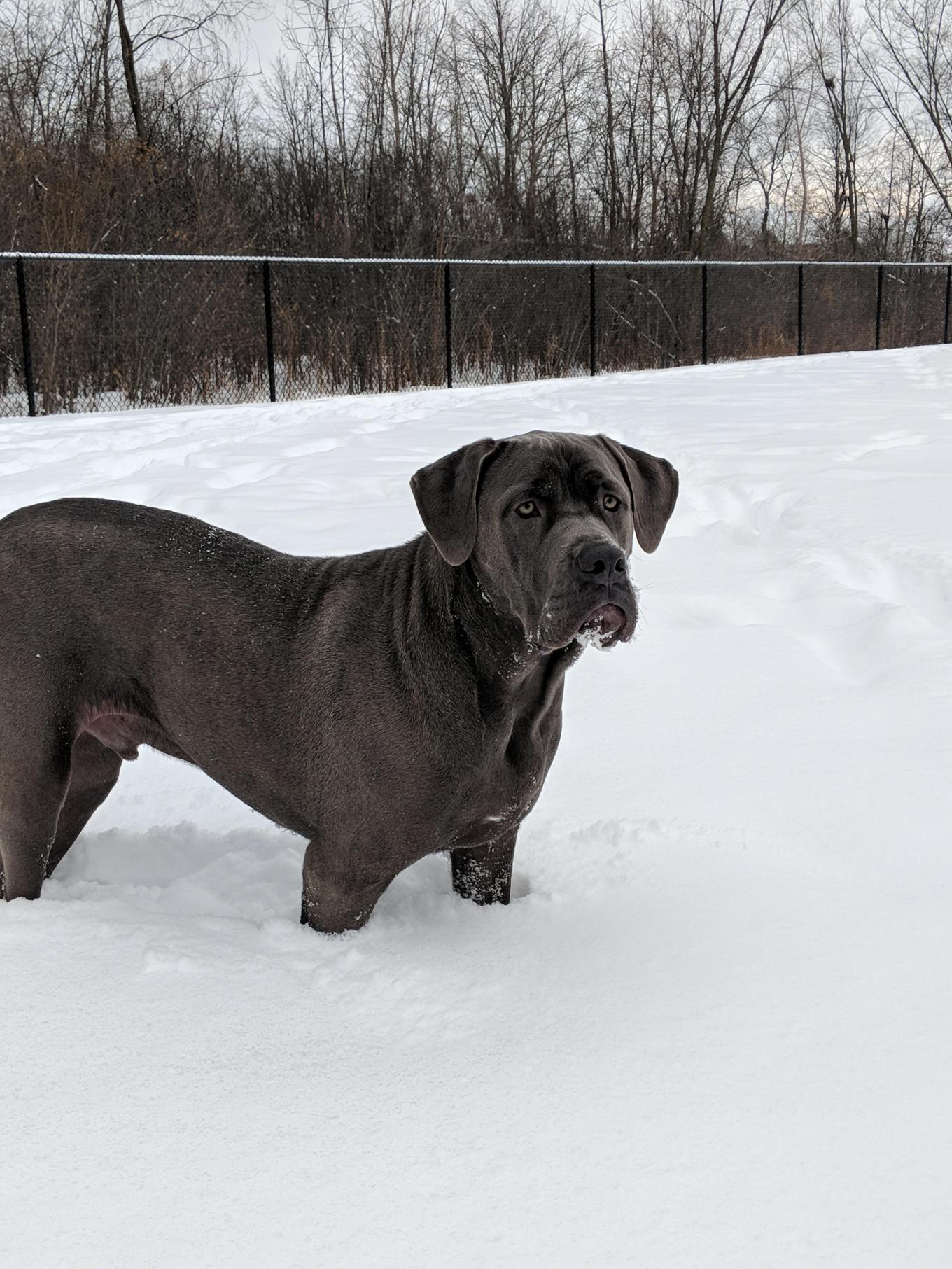